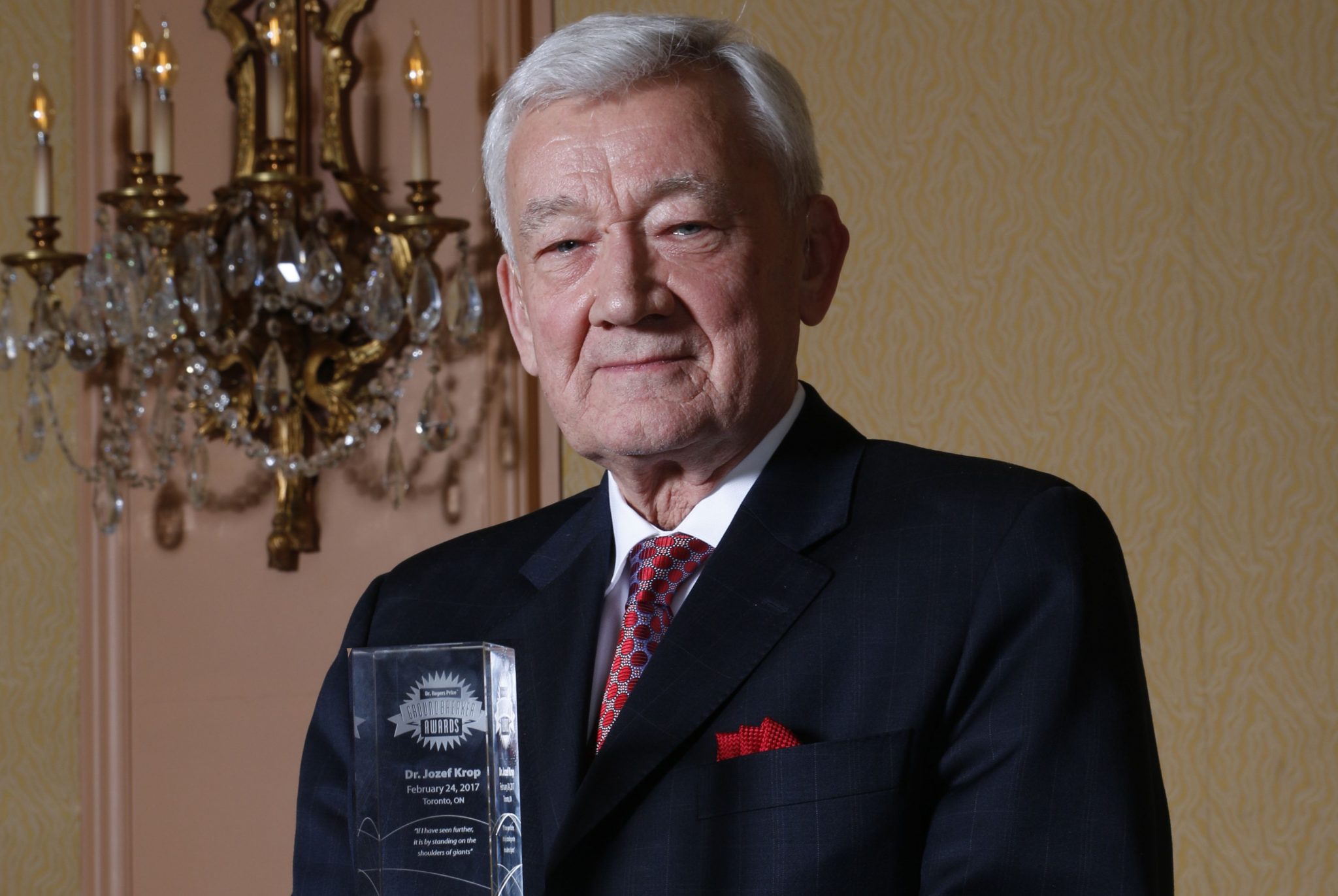 Dr. Jozef Krop, MD (ret) of EcoHealth and Wellness Inc. in Mississauga, ON, was one of five recipients of the Dr. Rogers Prize Groundbreaker Awards for his contributions to CAM and Canadian healthcare in 2017. Dr. Krop has been a leader in complementary and environmental medicine for over 20 years. An advocate for people with multiple chemical sensitivities, much of his career has been devoted to defending the right of patients to use safe and effective innovative therapies. He has spent decades courageously fighting charges and controversy, much of it at great personal cost. By not backing down under scrutiny, Dr. Krop established what law firms in Canada and the US now refer to as the “Krop Defense.” Learn more about his work in the video below.

Born in 1944 in Poland, a personal experience with tuberculosis inspired Jozef Krop to become a doctor. He studied medicine at the Jagiellonian University in Kraków (1962 – 1968). After immigrating to Canada in 1972, he completed his medical internship at Saskatoon City Hospital where he worked with psychiatrist Dr. Abram Hoffer. Impressed by Dr. Hoffer’s success using dietary interventions and therapeutic doses of Vitamins B3, C and B6 to treat schizophrenia, Dr. Krop went on to train in orthomolecular and environmental medicine, and became a Fellow of the American Academy for Environmental Medicine in 1983. From 1984 to 1988, he was involved in government-initiated, university-based projects exploring the potential benefit of environmental medicine for Canadians and presented before the Brundtland Commission.

The College of Physicians and Surgeons (CPSO) pursued disciplinary action against him (1989-2010) – without patient complaint or harm – with the documented intent of stopping his use of particular medical modalities despite their published scientific basis. Several colleagues endured similar persecution. Two decades of nation-wide publicity resulting in public pressure brought changes to medical legislation. The treatment modalities which the CPSO attempted to discredit are now accepted and recognized by mainstream medicine. The legal success achieved on his behalf is today taught in law school (i.e., the Krop Defense). The Canadian Human Rights Commission’s 2007 Report required accommodation for Environmental Sensitivities. Dr. Krop is currently involved in introducing environmental medicine to the curriculum at the University of Łódź in Poland. His work is documented in various scientific papers and in his book Healing the Planet One Patient At a Time.