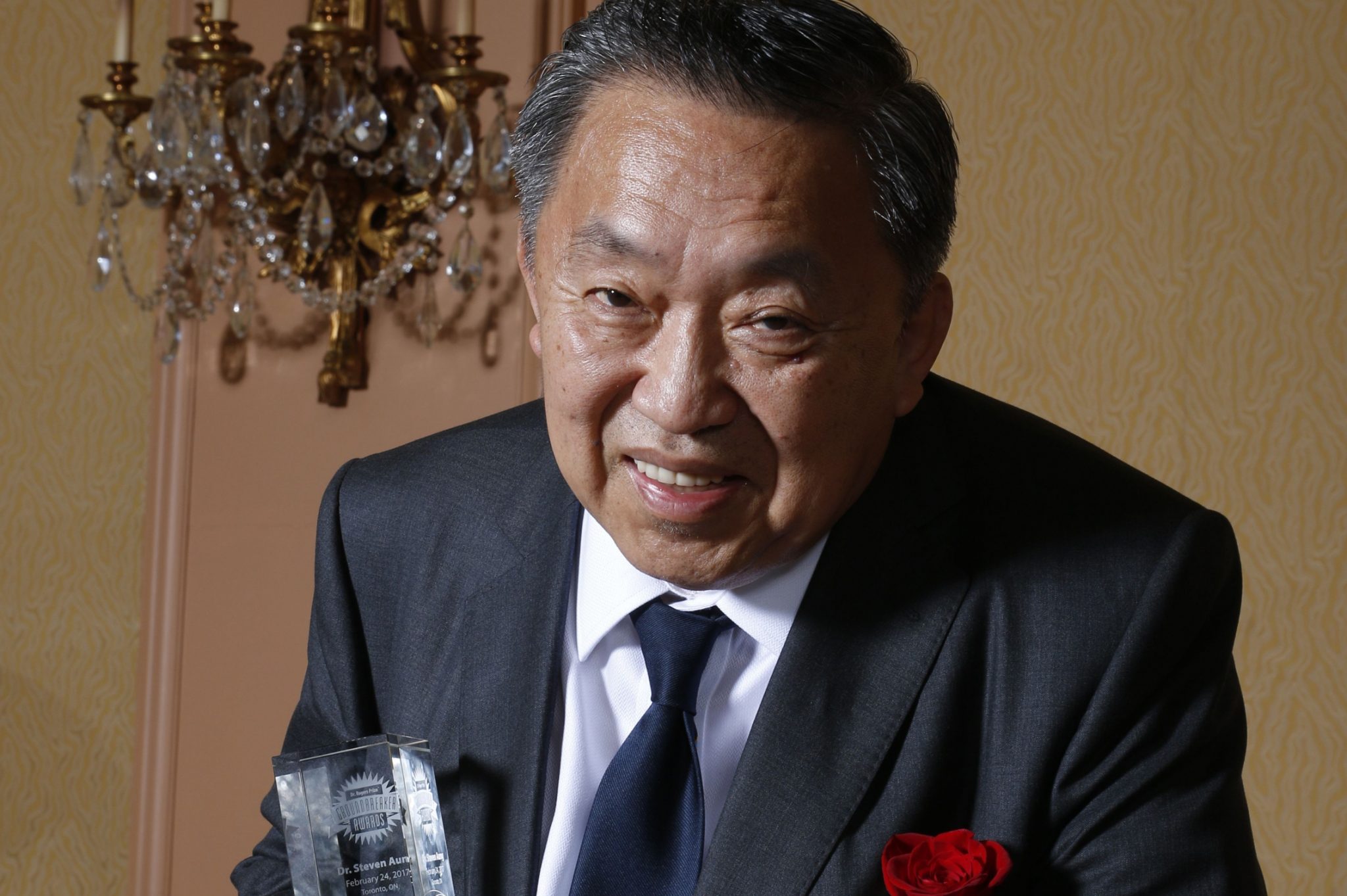 Dr. Steven Aung (University of Alberta, Edmonton, AB) was one of five recipients of the Dr. Rogers Prize Groundbreaker Awards for his contributions to CAM and Canadian healthcare in 2017. He is a physician and Traditional Chinese Medicine (TCM) practitioner and teacher. He is a Clinical Professor in the Faculty of Medicine and Dentistry at the University of Alberta and Vice Chair (North America) of the World Federation of Chinese Medicine Societies. Dr. Aung is a pioneer in the integration of Western, Traditional Chinese, and complementary medicine, and in the advancement of Chinese medicine and acupuncture in Canada. Learn more about his work in the video below.

Dr. Steven Aung is a geriatric, family, and integrative medicine physician, and a Traditional Chinese Medicine (TCM) practitioner and teacher. At the University of Alberta, Dr. Aung is a Clinical Professor in the Faculty of Medicine and Dentistry. He is a Visiting Professor to universities in China, Japan, the United States, Brazil, Australia, and New Zealand. Dr. Aung is a Vice Chair (North America) of the World Federation of Chinese Medicine Societies, based in Beijing. He is a World Health Organization advisor and consultant on TCM, acupuncture, and cancer pain control. As well, Dr. Aung is the Director of Community Engagement for the Integrative Health Institute, Faculty of Medicine and Dentistry at the University of Alberta. Dr. Aung was awarded a Professional Excellency from the Académie Diplomatique de la Paix in 1986, the Alberta Order of Excellence in 2002, the Queen Elizabeth II Golden Jubilee Medal in 2003, the Queen Elizabeth II Diamond Jubilee Medal in 2012, a Physician of the Century Award in 2005, and Canada’s highest civilian honour, the Order of Canada, in 2006. Dr. Aung has lectured internationally and published many articles, books, and treatises on the integration of TCM and Western health care. He continues to offer his own practice in the spirit of a natural and compassionate approach to medicine.