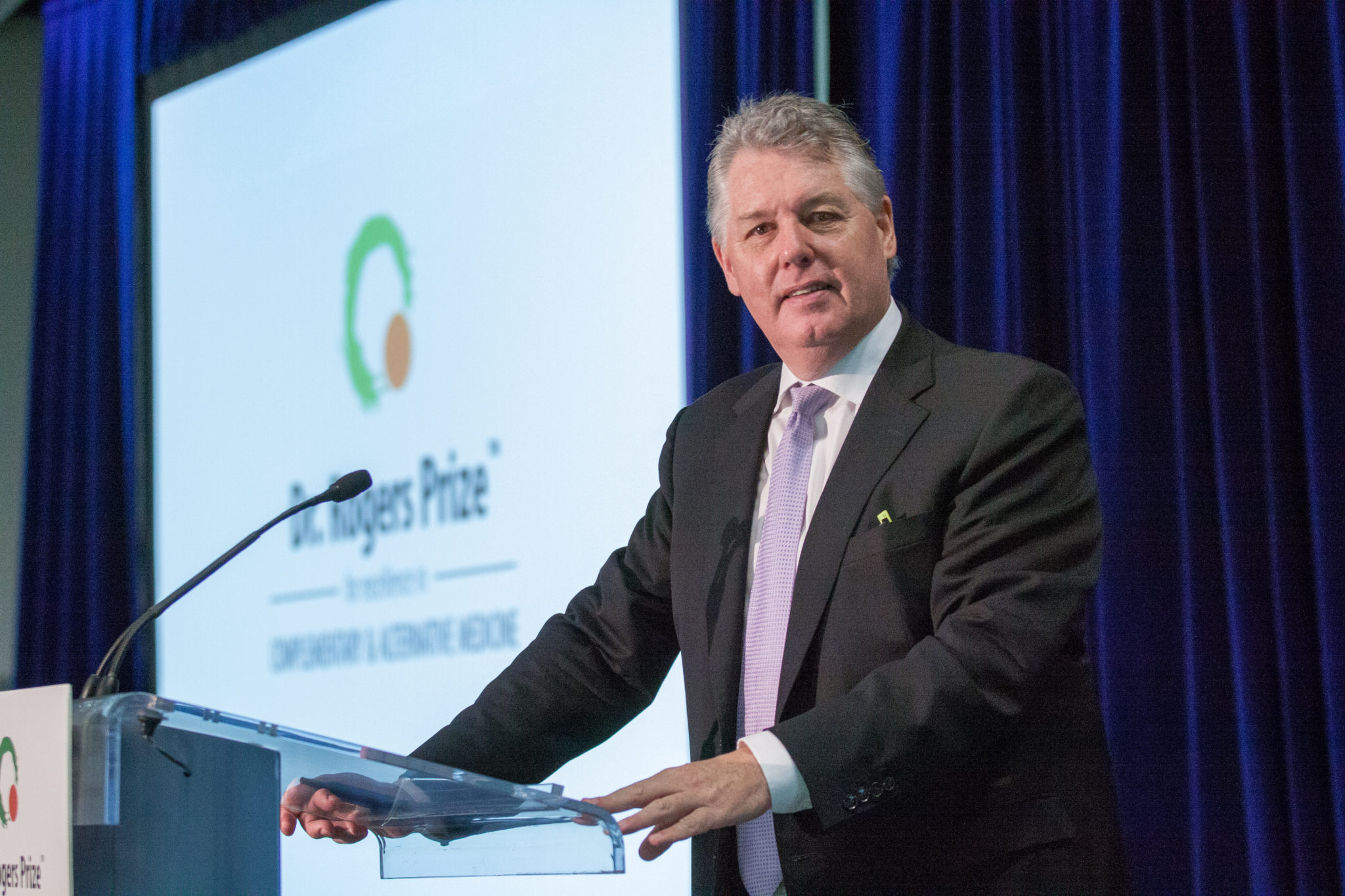 2019 Colloquium on the latest developments in microbiome and nutrition research, and their translation into clinical practice

The Dr. Rogers Prize Colloquium brings together thought leaders, researchers and clinicians in the field of CAM to explore current trends in healthcare.

The 2019 Colloquium explored the latest developments in microbiome and nutrition research and its far-reaching effects on the brain and chronic disease, and how these findings might be translated into clinical practice. The session featured three international researchers: Dr. Alessio Fasano (Professor of Pediatrics at Harvard Medical School and Director of the Mucosal Immunology and Biology Research Center (MIBRC) at MassGeneral Hospital for Children); Dr. Jeremy Burton (Miriam Burnett Research Chair in Urological Sciences, Western University and Scientist, Lawson Health Research Institute and Canadian Centre for Human Microbiome and Probiotics); and the 2019 Dr. Rogers Prize Winner, Dr. Bonnie Kaplan (Professor Emerita in the Cumming School of Medicine at the University of Calgary).

Jeremy Burton is a graduate of the University of Otago in New Zealand. He currently holds the Miriam Burnett Chair in Urological Sciences within the Division of Urology, Department of Surgery and is cross-appointed to the Department of Microbiology and Immunology, University of Western Ontario (Western University) in London, Ontario. His interests include; how the microbiome influences urological conditions and what modulates the microbiota, such as diet, disease, treatment and the use of antibiotics. His entire research career has focused upon the relationship of commensal bacteria to human health.

Alessio Fasano, MD, is Professor of Pediatrics at Harvard Medical School and Director of the Mucosal Immunology and Biology Research Center (MIBRC) at MassGeneral Hospital for Children. Dr. Fasano’s current research expertise encompasses basic science focused on bacterial pathogenesis, gut microbiome composition and function in health and disease, the regulation of gut permeability, and intestinal mucosal biology and immunology, as well as translational science focused on the role of impaired intestinal barrier function in the pathogenesis of autoimmune and inflammatory diseases, including celiac disease and type 1 diabetes.

Dr. Fasano’s group was responsible for the discovery of zonulin in 2000, a protein involved in the regulation of tight junctions, which is released in conditions of dysbiosis.  Current research directed by Dr. Fasano is focused on the basic science of the gut microbiome and intestinal mucosal biology, as well as translational science focused on interventional clinical trials in autoimmune and inflammatory diseases.

Dr. Fasano is also Director of the Center for Celiac Research and Treatment at MassGeneral Hospital for Children. He founded the Center, where he treats both adults and children for gluten-related disorders, in 1996. His visionary research, which established the rate of celiac disease at one in 133 people, led to the awareness of celiac disease as a growing public health problem in the United States. The author of Gluten Freedom, Dr. Fasano is widely sought after as an expert in celiac disease, intestinal permeability and autoimmune disorders and has been featured in media outlets around the world, including National Public Radio, The Wall Street Journal, The New York Times, The Washington Post, the BBC and The Daily Mail.

She has published widely on the biological basis of developmental disorders and mental health – particularly, the contribution of nutrition to brain development and brain function. She was the founding principal investigator of the ongoing Alberta Pregnancy Outcomes and Nutrition (APrON) study, tracking the development of several thousand Albertan children whose intrauterine nutrient environment was evaluated (ApronStudy.ca). She is also a member of the International Society for Nutritional Psychiatry Research (ISNPR.org), which includes scientists studying the inflammatory basis of mental disorders, and the role of dietary intake. Her empirical research has resulted in over 170 peer-reviewed publications.

Now semi-retired, she lectures around the world on the importance of improving nutrient intake to prevent and treat psychiatric symptoms. Learn more about the 2019 Dr. Rogers Prize Winner

For more than 25 years Stu has been involved in video journalism and storytelling. After completing his diploma in Broadcast Journalism at BCIT, he began his career in daily news working at what was then CKVU (now City), as well as at Equity Magazine. In the fall of 1989, Stu joined the team at BCTV’s News Hour (now Global).  While at BCTV Stu’s work was recognized by the Jack Webster Foundation when he was presented with the award for Best Television Reporting.

In 1998, Stu left the station to start Oh Boy Productions. Over the past 16 years, the company has produced a number of news magazine programs including North of 49, Empowered Health and Conversations That Matter. In addition they have produced thousands of videos for a wide range of clients in the fields of business, not-for-profit, government and sports.

Stu has devoted his career to telling stories that matter, culminating in the creation of Conversations That Matter, a weekly interview show broadcast on numerous media outlets. According to Stu, “this is the most important work I have done”.