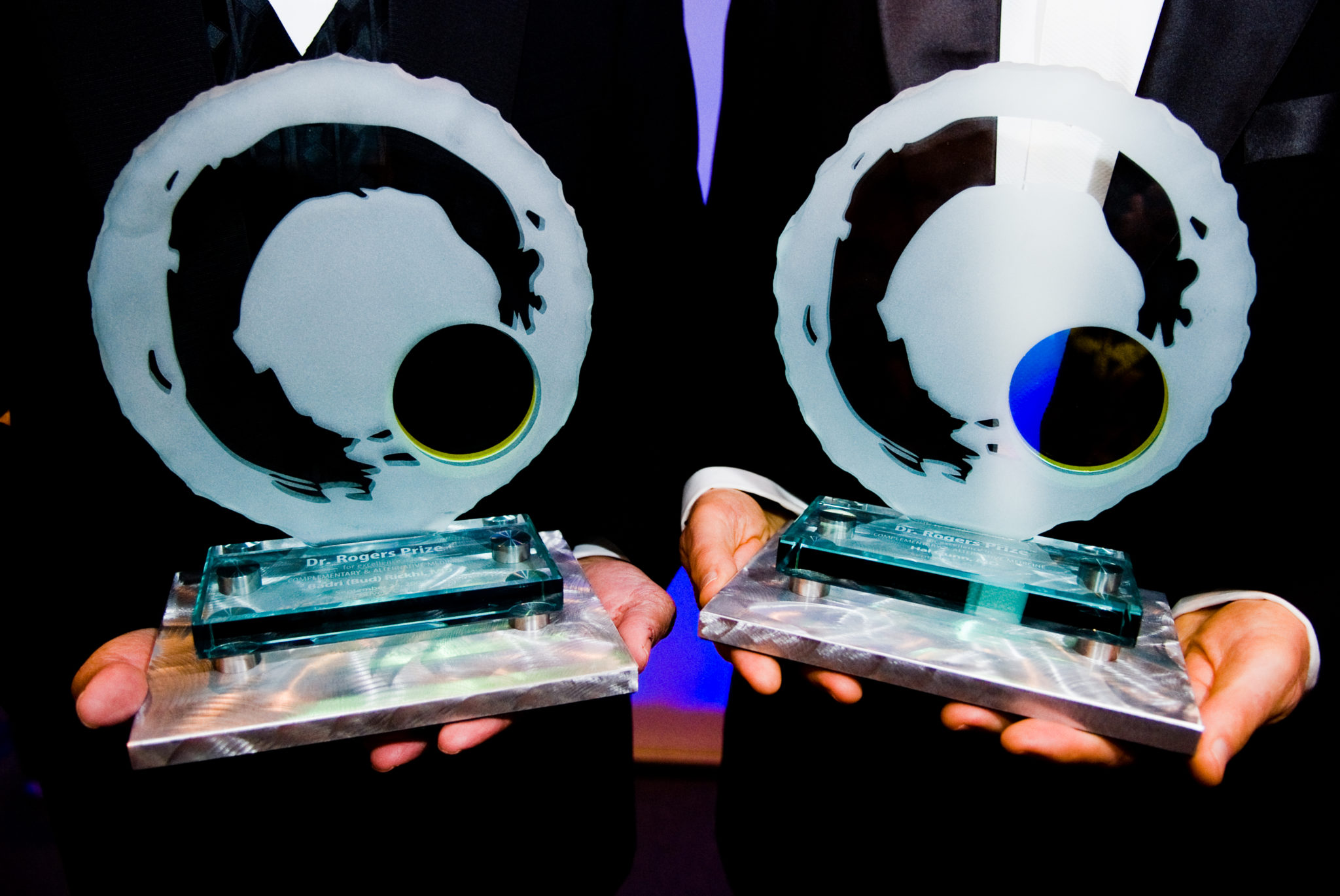 The 2007 Dr. Rogers Prize has been awarded to Dr. Alastair Cunningham of Toronto, Ontario and Dr. Abram Hoffer of Victoria, BC who will share the $250,000 prize. The presentations were made at a gala award ceremony Thursday evening in Vancouver.

Dr. Cunningham’s pioneering work was the important role of the mind and its effect on the immune system, particularly in cancer patients. In the face of extreme skepticism, he started teaching psychological and spiritual approaches to patients and documenting the effects. The first class was in his living room. 25 years later, his program known as The Healing Journey or Wellspring, has helped thousands of cancer patients and their families in Canada and around the world.

Dr. Hoffer’s groundbreaking work was in establishing the paradigm of orthomolecular medicine. He was one of the first to advance and establish the critical value of proper nutrition, minerals and vitamins in health and wellness and the elimination of toxic foods in treating disease.  His stubborn pursuit of non-toxic orthomolecular approaches to mental and physical disorders has helped thousands of patients with conditions ranging from schizophrenia to cancer.

Drs. Cunningham and Hoffer were selected from 57 nominees accepted after a nation-wide call earlier this year. During lengthy deliberations, the judges attempted to arrive at a consensus for a single winner but judged that the contributions of these two recipients were of equal
importance in terms of their impact on complementary and alternative medicine (CAM) in Canada, and decided that the Prize should be shared.
This is the inaugural year for the Dr. Rogers Prize, which is to be awarded biennially to individuals who make a significant contribution to the burgeoning field of CAM in Canada.